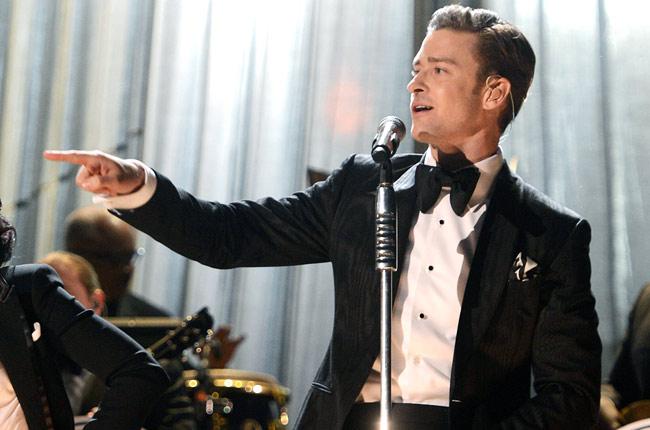 We actually can’t handle this. Photo from The Daily Mocha.

Do you hear that? That weird, high-pitched screaming and crying? Don’t worry,  it’s just *NSYNC fans weeping with excitement. After a 7-year sabbatical from music to try out the big screen, the King of Pop is back to shake things up with another musical masterpiece. Although many — even other Justins (that means you, Biebs) — have tried, no one could master the mixture of pop, soul and R&B the way that Justin Timberlake can.

“The 20/20 Experience” definitely gives fans what they wanted – more music. Though 10 songs may seem a little sparse for a comeback album, Timberlake recently announced that another 10 will be released later in 2013. Twenty new Justin Timberlake songs? This year is looking great.

Like “FutureSex/LoveSounds,” “20/20’s” songs flow together incredibly well, but can also stand on their own.  Some tracks feel like an intriguing mix of separate songs, blending different elements in a way that only Justin can pull off. While it’s easy to call this album perfect, it can sound a bit jumbled. Die-hard fans may find it easy to be disappointed in JT’s new style, especially those with high expectations, but Timberlake figures out a way to make it work.

JT and Jay-Z are the cutest besties ever. Thankfully, they channel their awesome relationship into musical gold on “The 20/20 Experience.” Photo from Vice.

Timbaland produced each track with help from Jerome “J-Roc” Harmon, and (of course) Justin himself. It’s obvious that Timbaland and Timberlake always work magic together and “20/20” is no exception. “Strawberry Bubblegum” has a flair all its own. It’s a kick-back, groovy tune and pays homage to Timberlake’s *NSYNC days. “Tunnel Vision” is aggressive, and feels similar to fan favorites “Cry Me a River” and “What Goes Around…Comes Around.” In fact, much of the album is reminiscent of Timberlake’s previous hits – in a really good way.When “Spaceship Coupe” comes on, it’s hard not to think of “Until the End of Time.” The dynamic duo of Justin and Timbaland certainly evolved, but they know what works for him and his music.

The much-hyped “Suit & Tie” proved to be an underwhelming first single and one of the least exciting songs on the album. Hopefully JT did that on purpose, because his second single, “Mirrors,” might be the best song on “The 20/20 Experience.” It’s catchy, more pop-based and what we originally expected from the former boy-bander. It’s the album’s longest track, but once it’s cut for radio there’s no doubt it will surpass the popularity of “Suit & Tie.”

Instead of JT’s signature heavy influence from classic pop artists such as Michael Jackson and Prince, this album has more of a ‘70s-Stevie Wonder-esque vibe. The majority of the tracks feel slow and bluesy, as opposed to pop hit after pop hit. Despite that, the songs are of the same addictive quality that all Justin Timberlake songs are made of. Even if a song is somewhat subpar and mostly forgettable, the melody sticks  in your head.

Fans, be warned that this isn’t the same ol’ dance music Justin Timberlake usually makes. Though his beautiful vocals, mesmerizing beats and catchy lyrics remain, the album is definitely not what we were expecting. The first 10 tracks provide an interesting introduction to a new, older Justin. And by November, when the second part of “20/20” releases, we’ll still be screaming for JT.