Will Ravenswood be a hit, or will it ruin PLL forever? Photo from ABC Family.

This fall TV season, we’ve officially reached spinoff overload. Though most of these series already have a fanbase (hard part over, right?), it’s hard to say how they’ll fair in the trenches of prime-time television.

Spinoffs typically go one of two ways: 1) They succeed, following in the footsteps of shows like “Frasier,” the beloved 11-season spinoff of “Cheers,” or 2) They (most likely) suffer through cancellation. Who can forget “Joey,” the more-than-disappointing “Friends” spinoff.

Luckily, Speakeasy is here to help decipher which shows will wind up a future “Frasier,” and who will follow Joey Tribiani into television obscurity. (Spoiler alert, a lot of these look pretty good!) 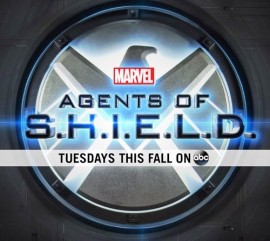 Fanboys rejoice! Whedon… Marvel… This is pretty much a nerd overload. Photo from Movie Web.

ABC’s “Agents of S.H.I.E.L.D” follows Agent Phil Coulson (Clark Gregg) as he makes his return to the global law enforcement agency, S.H.I.E.L.D. (For those not in the know, the agency is made up of non-super-powered agents who handle all mythic, extra terrestrial or super-powered threats to humanity. Duh.)

The show may sound a bit cheesy, but first reviews look pretty darn good (for a first episode, anyway.)  We know the genre won’t be leaving movie marquees anytime soon, so why not try it out on TV?  For those who still have their doubts about the show, there is no need to fear. The lord of all fanboys and “Avengers” director,  Joss Whedon, serves as the show’s executive producer and co-writer, bringing along a killer line-up of writers from “Alias,” “Smallville,” “Lost,” and “Heroes.”

Our Verdict: Come on, Joss Whedon? This one’s a “Frasier” for sure. 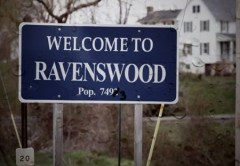 Enter, if you dare… Photo from Hollywood Reporter

For those of us whose TV preferences coincide with the interests of tweenage girls, ABC Family’s got you covered.  “Ravenswood“ follows yet another group of “teenagers” as they embark on a journey to uncover the mysteries surrounding their ever so dramatic lives.

The show will focus on the strange interactions and newly revealed secrets of “Pretty Little Liars” fan-favorite Caleb, after he moves to Ravenswood to be with his “kindred soul,” Miranda (um, what about Hanna???). Naturally, he quickly begins to re-think his new digs.

Although the show may not have the best writing or the most convincing actors, it definitely has one thing going for it: fans. Shows like “Ravenswood” and “Pretty Little Liars” can get people (and their reluctant significant others) hooked right from the start, soap-opera style.  ABC Fam strategically scheduled the new show to air right after PLL on Tuesday nights, so for many viewers, “Ravenswood” will simply become an extension of PLL. It’s going to make for one hell of a Tuesday night.

Our Verdict : At least by ABC Family standards, this one’s definitely a future “Frasier.” 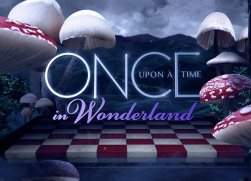 Despite its ridiculously long and stupid-sounding title, ABC’s “Once Upon a Time in Wonderland,” the spinoff of (you guessed it) “Once Upon a Time” actually sounds pretty interesting. (PS — OUaT fans should check out our wish list of characters we really want to see on the show.)

A mash up of “Alice in Wonderland” and “Aladdin,” the show follows Alice, a girl who claims to have been to a strange new world on the other side of a rabbit hole. Everyone in town thinks Alice is crazy (who can blame them?) until the Knave of Hearts and the White Rabbit come to take her back. 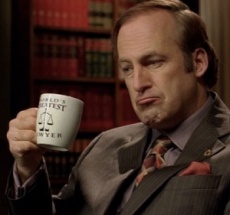 Saul’s about to be getting a lot of calls. (Aren’t we hilarious?) Photo from io9.

As “Breaking Bad,” one of the most successful and groundbreaking shows in recent history, comes to a close, it seemed inevitable that the producers would find another way to bank on the show’s popularity.

Enter “Better Call Saul,” a prequel that follows fan-favorite Saul Goodman, Walt’s half-shady, half-genius lawyer. Though we don’t have a ton of details yet, the show will follow Saul’s journey to becoming the sleazy lawyer we know and love today.

Backed by Vince Gilligan, the brilliant mind behind “Breaking Bad,” and the show’s likely more comedic tone, “Better Call Saul” has a very high success rate. Fans will surely be looking for something to fill the Walt-shaped-hole in their hearts. This might not have nearly as much meth, but we don’t think they’ll be disappointed. 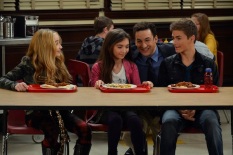 Sup, Dad! How cool is it to see Corey all grown up? Photo from TV Line.

Fans of ABC’s hit show “Boy Meets World” are all grown up (and have presumably met the world). They might even have kids, too. Meet the target audience for Disney Channel’s new spinoff, “Girl Meets World.”

Corey and Topanga, the main characters of “Boy Meets World,” will be in the show, but the main focus will be on their daughter, Riley.  The story follows Riley and her best friend Maya, as they go through those “unforgettable” middle school years.

They do have one small problem, though: Riley’s dad is the new history teacher at their middle school. Anyone else thinking what we’re thinking? FEENY!

Although “Girl Meets World” seems like a great idea, we have some doubts. This spinoff looks like less of a “Boy Meets World” spinoff, and more of a Disney Channel creation similar to “Hannah Montana” and “Good Luck Charlie.” Groan. Kids may enjoy it, but the “Boy Meets World” references will be lost on them.

Oh, and did we mention that in the spinoff, Topanga runs an after school hang out that sells pudding? Yeah, you read right: Pudding.

The Verdict: “Joey.” And we’re really depressed about it.

Looking forward to any of these spin-offs? Or are you a die-hard fan of the originals? Let us know us in the comments, and don’t forget to tweet at us @Speakeasymag!