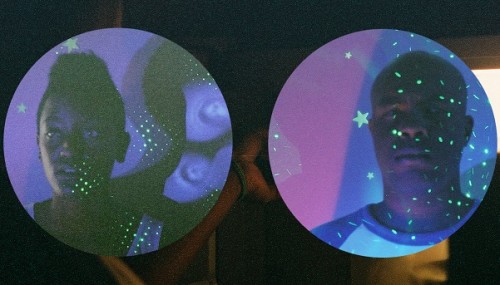 Syd the Kyd and Matt Martian team up on “Feel Good.” Photo by The Line of Best Fit.

A mystifying collaboration of synth and soul, The Internet’s sophomore album “Feel Good” shows listeners how to simply feel good.

Syd tha Kyd and Matt Martian continue to establish themselves as a separate act from the rest of the notorious Odd Future gang. Although similarities can still be found in the beats, The Internet is notably different from their hyphy Wolf Gang brothers. Rather than raucous raps, Syd provides the tracks with her soft vocals that add a smooth texture to the music.

The relatively young trip hop duo are progressing at an impressive pace. They dropped their debut album “Purple Naked Ladies” in late 2011 – the first album released by Odd Future Records. After two music videos and about a year of tours, the duo display their growth as musicians in their newest album. 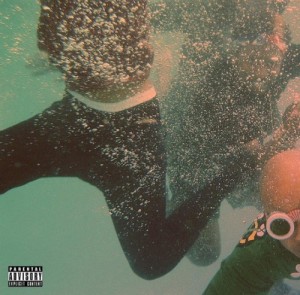 Dive on in for the experience. Photo from illroots.com.

They produce their music at home, which has been immortalized in their track “Matt’s Apartment.” The song encompasses the ambiance of the home filled with multicolored lights that change and flash in different patterns from room to room.

Syd is a DJ, producer and vocalist for The Internet and various other Odd Future music; Matt illustrates and produces as well.

The duo have implemented their fascination with hypnotic feels and romance through their music. “Dontcha’s” lyrics are a perfect example of how the musicians have combined these fixations and morphed them into a psychedelic love trip, with Syd singing to her figurative interest “I can be your fantasy” and “soaring through your galaxy, starstruck on all of you.”

Syd also demonstrates how her voice and confidence have strengthened by taking a more dominant pose in the lyrics – she experiments with her voice a little more than just singing in her typical light tone that has defined her in the past.

“Feel Good” also features other artists such as Tay Walker, Yuna Zaraai, Jesse Boykins III and Mac Miller. Tay Walker accompanies the duo in two of the tracks off this album and was also featured in the track “They Say” from “Purple Naked Ladies.”

Mac Miller has become close friends with the OF crew over the past year, featuring both Tyler, the Creator and Earl Sweatshirt in his latest album “Watching Movies with the Sound Off.” He was also featured in Earl’s latest album “Doris.”

The Internet toured with Mac for a time this summer, having opened for him in cities such as Pittsburgh, which is, if it hasn’t already been made clear, Mr. Miller’s hometown. He is featured in the track “Wanders of the Mind.”

The Internet have certainly established their sound as one that stands out from the rest of the OFWGKTA crew, displaying a softer side to the rowdy group but still maintaining that “don’t give a fuck” lifestyle. “Feel Good” is a great chill-out-and-just-listen type of album that will send good vibes surging through the listener’s mind, body and soul for the rest of the experience.

2 thoughts on “The Internet gives off ‘Feel Good’ vibes”