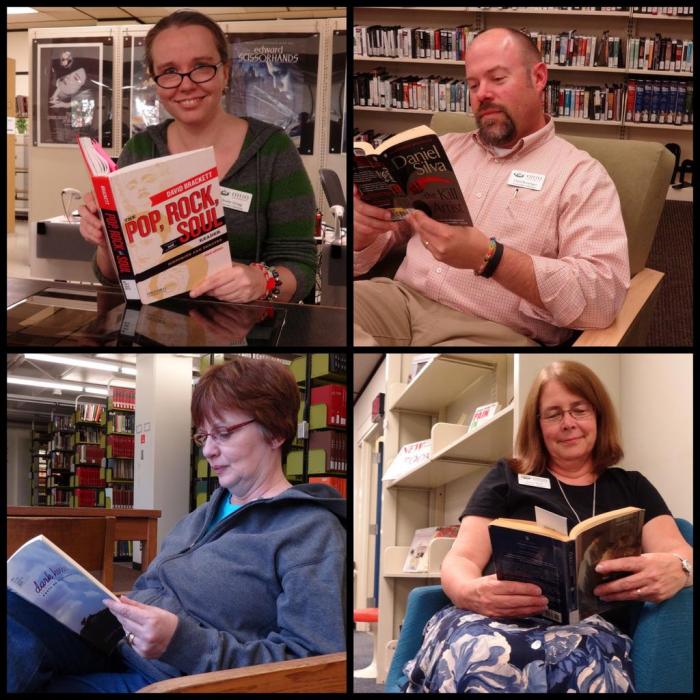 Friday was designated for reading. What actually happened is a different story. Photo from Alden Library.

On Friday, Ohio University students and faculty took a break from classes and labs for the first university-wide Reading Day in two years. Formally announced back in March, the day off was designed to give students down time in preparation for midterms.

However, most students didn’t actually spend the day reading. A large percentage of students treated it as an addition to their weekend and used it to either go home or sleep in.

“This weekend, I [went] home to Baltimore,” said senior Arielle Patterson. “The Orioles were playing two home games in the ALDS so [it was] nice to watch those in a ‘Baltimore friendly’ environment. Mostly, I cuddled with my dog and spent time with my parents.”

Those who did stay in Athens didn’t get much done. Between the temptations of Court St. and hanging out with friends, books were left mostly untouched.

“I spent the day at my boyfriend’s place,” said freshman Emily Wainscott. “I did read for my MDIA1010 class before I went over, though.”

When the administration announced the commencement of Reading Day, President McDavis was pleased that Ohio University students would be able to have a day during the semester to catch up on work and rest.

“Our students were familiar with the concept based upon their peers’ experiences with reading days at other institutions,” said McDavis in March. “We look forward to the benefits that it will afford students – both in terms of academics and overall well-being.”

Despite the fact that she didn’t do much homework, Wainscott enjoyed having the day off.

“Even though I didn’t do a ton of studying, the mental break was great,” Wainscott said.

“I went home to Toledo over the days off. I ended up just skipping my only class on Thursday so I could go home on Wednesday,” Barrow said. “I brought stuff home to study, but did I use it? Nope. I didn’t even touch it.”

Many students planned their weekends around the extra day they didn’t have class, but for those who stayed on campus, the addition to the weekend provided more time for them enjoy the little things.

“I probably would have gone to [my boyfriend’s] house regardless of whether or not we had the day off, but the fact that we had no classes let us see each other earlier,” Wainscott said.

For some students, Reading Day was how they were able to make plans to leave Athens.

“If we hadn’t had the extra day, I wouldn’t have gotten to go home,” said Barrow. “It either would have been a short weekend or it would have meant skipping two days of classes, and that’s just too much.”

Even though the time off was not used for its namesake, students loved having the day to spend how they chose.

“Although I definitely didn’t use it the way I was supposed to, I know a lot of other people would appreciate the opportunity to work on projects and papers,” Barrow said.

As of right now, the administration hasn’t officially planned other reading days past this academic year or even for spring semester. Students can possibly see them scheduled in future calendars, however.