“I went uptown, and the rest was a blur.”

You may have heard that before class or in passing on the days following HallOUween weekend, comprising the collective response of Ohio University students still reeling from a weekend of debauchery. 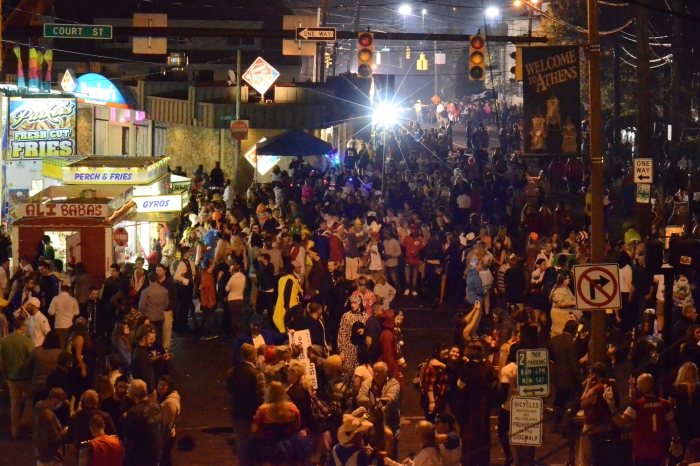 For that reason—among others—photographers ranging from the Snapchat queen to the seasoned veteran prowl Court Street and house parties, searching for the best costumes and wildest stories. In the following days, those moments are consumed by the understandably forgetful masses like the last slice of Avalanche’s seasonal Keep the Vampires Away pizza that you just couldn’t finish.

Although the authorities apprehended fewer public urinators and underage drinkers than previous HallOUween Block Parties, the 40th anniversary celebration was an apparent success and ended with a bang. The photographs below serve to document the good, the bad, and the ugly of an exceptionally packed Saturday in Athens.

Look back on HallOUween 2014 by clicking through the galleries below. 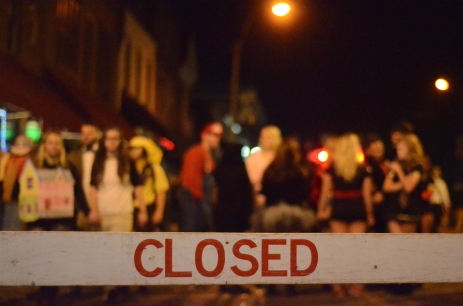 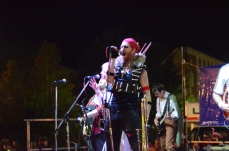 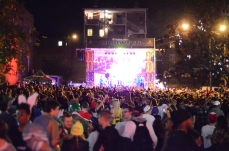 Perhaps a ride-along with Paramedics would garner some compelling shots.

On second thought, watching an ambiguously-costumed partygoer chug a beer with an alligator makes a far more interesting photo. 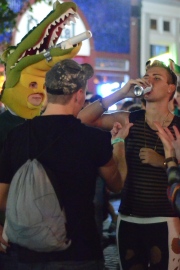 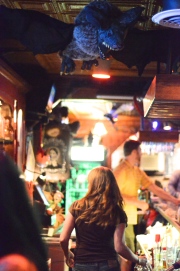 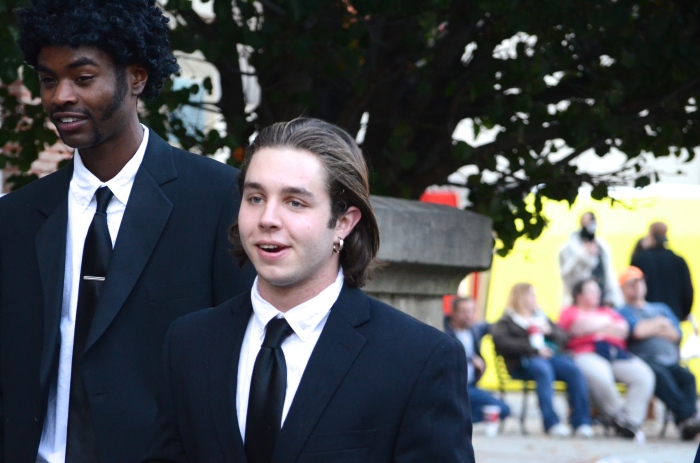 The fleeting run-in with the Jimmy John’s Bandit punctuates Deadpool drunkenly lamenting, “Why does everyone think I’m Spiderman?!” and before you can count the tasteless Ebola costumes in your field of vision, you’re shotgunning stolen beers with the Hero of Time himself.

A quick stop at an institution of Athens drinking reveals that no matter how much cash a group can collect for a bribe, doormen remain the true upholders of order on this seemingly anarchic night. Once you’re inside, Mary Poppins grabs his umbrella and shows off during a marathon game of pool and faster than the bartender at your favorite establishment can snap his suspenders, you’re in another endless line for a late night slice at Domino’s to top off the night. 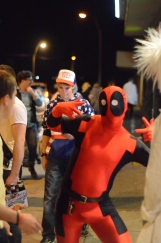 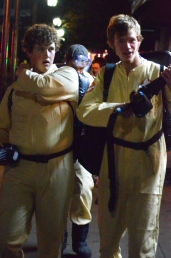 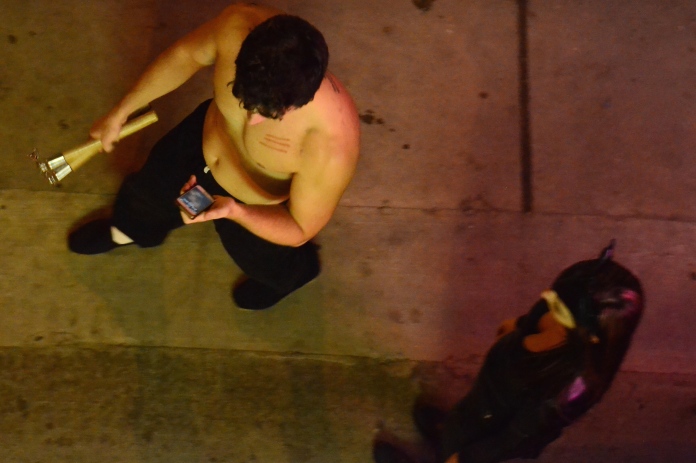 We may weep for the passing of another HallOUween, but we must keep in mind that there are far worse things.

Sunday’s headache and the nigh eternal wait at Chipotle come to mind.