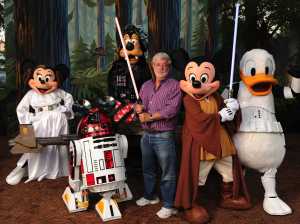 With less than 90 days until the release of “Star Wars: The Force Awakens”, the anticipation is building. Very little information about the film has been released, and some are probably questioning if Disney taking over Lucasfilm was a good idea or just a downright tragedy for us die-hard fans. With the prequel movies not being nearly as special as the original trilogy, some don’t know if they can take another let down. So is Disney taking over the “Star Wars” franchise good or bad? Here is a list of pros and cons:

PRO: More “Star Wars!”
The last “Star Wars” movie came out over ten years ago and many fans thought they would never get the chance to see another movie. But now the wait is over and a new movie is finally happening!

CON: More “Star Wars?”
Now I may be the only person who thinks this, but even though the anticipation of the new “Star Wars” movie is building, I have always thought that a movie following “Return of the Jedi” would be a bad idea. “Episode VI” had a perfect ending and another movie would make that perfect ending meaningless. I also feel that the entire “Star Wars” saga is supposed to be the story of Anakin Skywalker, who is now dead.This means that movies without Anakin/Vader will have a very different feel.

PRO: These new films will attract a new and younger audience
A lot of children and young adults who have seen “Star Wars” have only seen the movies because a parent or older relative forced them to. With these new movies, children will have the opportunity to get into the “Star Wars” universe all on their own. Plus, Disney has released plenty of new toys for children to enjoy!

PRO: Disney has made some pretty good movies
Disney is known for making some of the best movies ever. Movies such as “Pirates of the Caribbean” and “National Treasure” are a few of my personal favorites, and I hear they have some decent animated movies too. 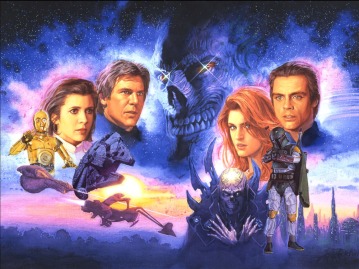 PRO: The new films might not be as disappointing as the prequels
J.J. Abrams grew up watching “Star Wars” and loved the original saga. He promised to use more actual props, like in the originals, and use CGI when needed (let’s hope he doesn’t go overboard). It’s comforting to know that “The Force Awakens” is in the hands of a die-hard “Star Wars” fan.

CON: A break in tradition
I may be the only person who noticed this but George Lucas always released the “Star Wars” movies in May. Every single one was released to the public in May, but “The Force Awakens” will be coming out this December.

PRO: Die-hard fans will get to see their favorite heroes in action once more
If you’re like me, Luke Skywalker, Princess Leia, and Han Solo are your favorite movie characters of all time. Being able to see them together again is a dream come true.

CON: Die-hard fans will get to see their favorite heroes in action once more…
A long time has passed since “Return of The Jedi” was released. A lot can happen in 30 years, especially aging. The actors who played our favorite characters are much older than they were in the originals so it could end up being a little disappointing.

“Star Wars: The Force Awakens” hits the theaters Dec. 17, which seems far, far away, but stay strong. It will be here before we know it!